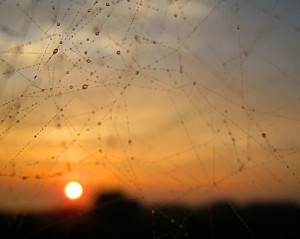 Fred McFeely Rogers summered in a modest, gray, shake shingled house on the edge of Nantucket. My mother rented a cottage next door. So Mister Rogers really was my neighbor.

On the afternoon of our first meeting, Mister Rogers asked me about my job as an MTV News producer. I felt exposed and a tiny-bit embarrassed, a PBS mind in a jump-cut, sound-bit MTV world. Mister Rogers said warmly, “I feel so strongly that deep and simple is far more essential than shallow and complex.” A year later, he encouraged me to, “Spread the message.”

Three years ago today, on what would have been his 84th birthday, my brother and I released our documentary, “Mister Rogers & Me,” featuring remembrances from Tim Russert, Susan Stamberg, Davy Rothbart, Linda Ellerbee, Amy Hollingsworth, Tim Madigan and more.

This morning, as I paused to remember him, I came across the text of what would be his final keynote speech via my friends at the Fred Rogers Center:

The generous human spirit is exceedingly powerful,” he said. “Deep and simple and powerful.”

Almost forty years ago, John Kennedy was in Dallas. He was going to speak there. Had he lived, these are some of the words that he had written to say: “We ask that we be worthy of our power and responsibility — that we may exercise our strength with wisdom.

It’s hard work to exercise our strength with wisdom, to be responsible stewards of what we’ve been given. You can’t satisfy all the desires of those who ask, but you can translate some of the care you have inside of yourselves to action on the outside… and that’s what really matters.

As you move through your day today, may you translate some of the care you have inside of yourself to action on the outside.

Happy Birthday, Mister Rogers. And thanks.